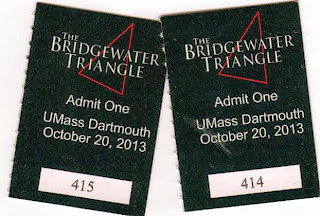 Just as the Mapparium in Boston is the perfect date venue for us (a globe in a library), so too was the world premiere of The Bridgewater Triangle the perfect date event for this librarian-geographer couple. Not only does it include our adopted home town in its title, but it also features maps and books throughout, with at least one direct mention of a library. And of course, attending the premiere was almost mandatory for purposes of this life-long blog project, which after all seeks to cover -- eventually -- all Bridgewater-related phenomena, in this world or any other.

As I mentioned in Isosceles or Scaline back in March we were both intrigued and skeptical about this film, but when we learned about its premiere, we bought our tickets right away. We were pleasantly surprised by the quality of the work. We do not watch a lot of film or television about the paranormal, and most of what we have seen either takes itself far too seriously or suffers from laughable production values, or both.

The Bridgewater Triangle avoids both of these tendencies; it really is presented as a documentary about modern folklore, rather than an investigation of the phenomena themselves. Throughout the film, the focus is on the stories as stories, though of course some are sensationalized a bit and the case is steadily built that "something" might be a common cause of all the strange creatures and occurrences that arise from these stories. 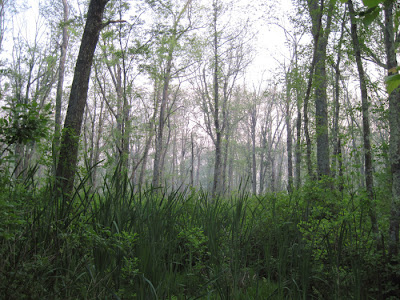 The film begins with a map, and then with the words of author Loren Coleman, who coined the term "Bridgewater Triangle" in his landmark cryptozoology tome Mysterious America back in 1983 (there is also a new expanded version). When he first started researching the folklore of paranormal events in North America, he noticed that many of the stories did emerge from the Hockomock Swamp (the largest wetland in New England -- spooky in folklore but vital in ecology and water-supply protection) and areas to its south. He eventually identified a roughly triangular region encompassing some 200 square miles and all or part of about a dozen towns. From among the possible names for this region, Bridgewater suggested itself because when he first heard about the Hockomock Swamp, he associated it with Bridgewater, and he quickly learned that there were three such towns, in a small triangle of their own. (As I explained in one of this blog's earliest posts, "The Bridgewaters" have been thought of as a trio since North Bridgewater was renamed Brockton in 1874.)

In the Q&A afterward --  for Mr. Coleman was one of many paranormal investigators on hand for the event -- he further explained that he just has a knack for places, events and phenomena names that get attention, and Bridgewater Triangle is just the best-known of several examples. At this point, he claims that it is the third most-cited paranormal Triangle on Earth, after the Bermuda Triangle and Devil's Triangle in Japan, exactly opposite the Bermuda Triangle in terms of longitude, but at the same latitude north of the equator. (That term "Devil's Triangle" can also be used as a synonym for the Bermuda Triangle or to refer to an area of particularly twisty highways in Tennessee.)

An interesting aspect of the documentary is the frequent reference to the violent history of conflict between Native Americans and English Settlers in the region, which was most brutally experienced during the King Philip's War of 1675-1676, in which 500 English and 3,000 Wampanoag were killed. Some see that violence as the cause of subsequent disturbances, citing an "Indian Curse," while others see the war itself as evidence of dark forces that have affected the region for millennia.

The film also mentioned quite a few Wampanoag - Algonquin names, including Nunckatessett. This happens to be the name of a trail project James is working on with students and others in the region, with the intention of bringing people closer to the land throughout The Bridgewaters (more to come on this project as it unfolds -- the Nunckatessett Greenway is a developing part of the Bay Circuit Trail).

We have learned over the years that university bureaucracies can be almost as mysterious as the Triangle and as impenetrable as the Hockomock swamp. The location of the world premiere provides an excellent example. The film opened to an enthusiastic crowd of 500 people in the main auditorium at the University of Massachusetts-Dartmouth. That campus is near the triangle but not in it, and certainly does not bear its name, but it was the only campus whose bureaucracy the producers could navigate in time to release the film. 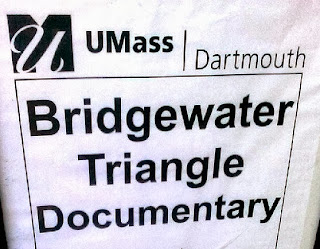 Fortunately, they did eventually find the right connection, and The Bridgewater Triangle will be coming "home" to Bridgewater very soon. We plan to see it again! 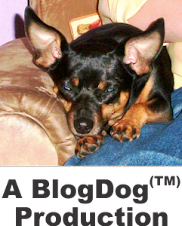